Whales in the north.

Two weeks ago I visited the fjords outside Tromö, in northern Norway, for the second time. The first time I was there were in 2014 to experince the natural wonder that has taken place there the past winters. Use shoals of norweigian herring has entered the fjords in late autumn - early winter. And with the herring follows whales. The killer whales have been resident in the area before this event started, but has now appeared in higher koncentrations than before. And a much bigger relative have joined them, the humpback whales. Humpbacks spend the summer in arctic waters where they feed, and then migrate to the tropics in winter. But in the last years many humpback whales has delayed thier journey south to take part in the feast of herring. The fjords are deep, but often narrow and has shallower parts. This makes the herring much easier targets here than out in the open sea. The killer whales and humpback whales have different feeding techniques but can sometimes work together to drive the herring to shallower waters or in tighter shoals. It is an amazing experince to whitness this up close, and during these two trips we´ve had both species just meters from our little boat and been lucky to see all kinds of behaviour from the whales.And all this takes place in stunning surroundings with high, snow-covered mountains. Both our trips has been in the end of november, which means that the sun has set for the season. But we´ve been lucky with the weather and the light has been good enough for photography.

Every now and then the herring change thier migration routes and wintering areas, so this event wont go on forever. And theres a discussion of how hard the whales feeding and human fishing has affected the herring population during this last years. This year we noticed a decline, with both less fishing boats and much less humpbacks than in 2014. Perhaps just a bad year, but it could also be a sign that this event is going towards its end. It will be intresting to see what happens next year. If the herring comes back, so will the whales, and hopefully so will I.

I´ve made a new gallery called "Whales in Tromsø", with pictures from both this trips. You´ll find it under photos in the meny above. Here´s a few examples of this years trip! 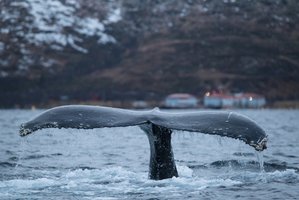 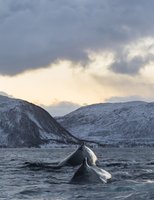 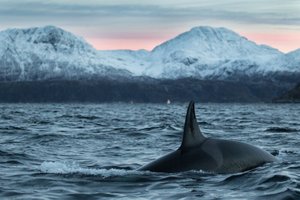 Spent the morning by a lake, hoping to do some landscape photography. Instead I found a few Tufted ducks feeding in the open water. This species, like some other waterfowl, breed in the northern part of Sweden, but come down here to the southern parts during winter. Afterwards I went the city center of Gothenburg, where a Tawny owl has decided to take its daytime naps in a treehole in a small park area, just by the main avenue. A common bird that you seldon see, so very happy to finally be able to photograph this bird. More photos in the gallery, under "Nordic birds". 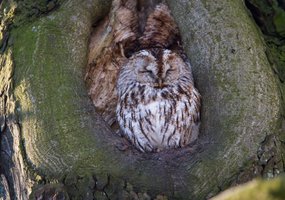 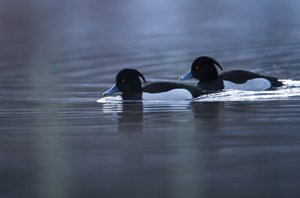 In the last few weeks, winter has arrived to the southwestern part of Sweden. Temperatures down to -15 C degrees and lately also a lot of snow, has made it perfect for landscape photography. I've visited a local river and lake to find some great frosty scenery and a lot of ice sculptures. See more photos in the gallery, under "Landscapes". 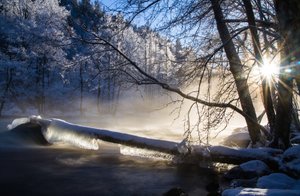 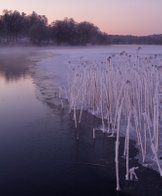 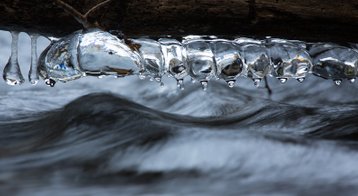 After some work during this autumn I'm very glad to finally publish my new website. During the coming weeks I will add more old photos to the different galleries, and also publish the last three galleries from my trips to the Arctic and Antarctic. On this page I will tell about new updates, recent photos and hopefully also some stories of how I took the photos and the places and species they show.